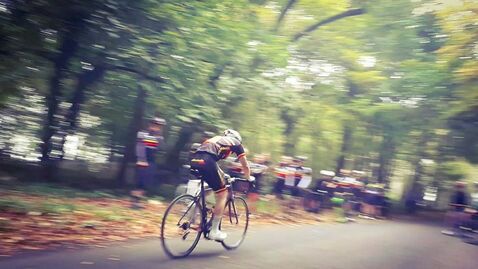 Well, what a climb that was!
Before we get into the results, I want to say thank you to all of you that rode up the climb yesterday, as well as a big thank you to those that helped in the mornings smooth running. Judging by the feedback so far, the decision to move our event to Whiteleaf was a good one, and everyone suffered admirably!
The results below are a little different to those that we provisionally announced at the event, and the times have been re-checked by our CTT timekeepers on the day. The results below are being submitted to CTT and the riders should see them against their CTT profile shortly.
Results:
​The 2017 internal Watford Club champion is Harry Savell – Congratulations Harry (we’ll get the shield over to you asap!). Each year on our hill climb has given us a new champion, and its great to see Harry round of his cracking year for Watford Velo by taking home the club shield.
In the ladies event yesterday, Jacintha Hamilton-Love from Dulwich Paragon took the win with an impressive time of 04:42 (which also placed her 15th overall). Second place was taken by Helen Reynolds from our friends at Hemel Hempstead CC with a time of 05:25, with the podium being rounded off with Jennifer Andrews of CC Ashwell in a time of 05:38.
In the Vets event, the win was taken by Thomas Rabb of Bedfordshire road RT in a time of 04:32, second was Keith Lawrence of Rapha CC in 04:43, and Richard Jones of VC10 took third place with a time of 05:13.
In the overall, the win was taken by Richard Gildea of Didcott Phoenix, with an absolutely stunning time of 03:44. Second was Calvin Cheung of Hub Velo, with 04:04 and finally, Angus Fisk of Oxford University takes 3rd with 04:11 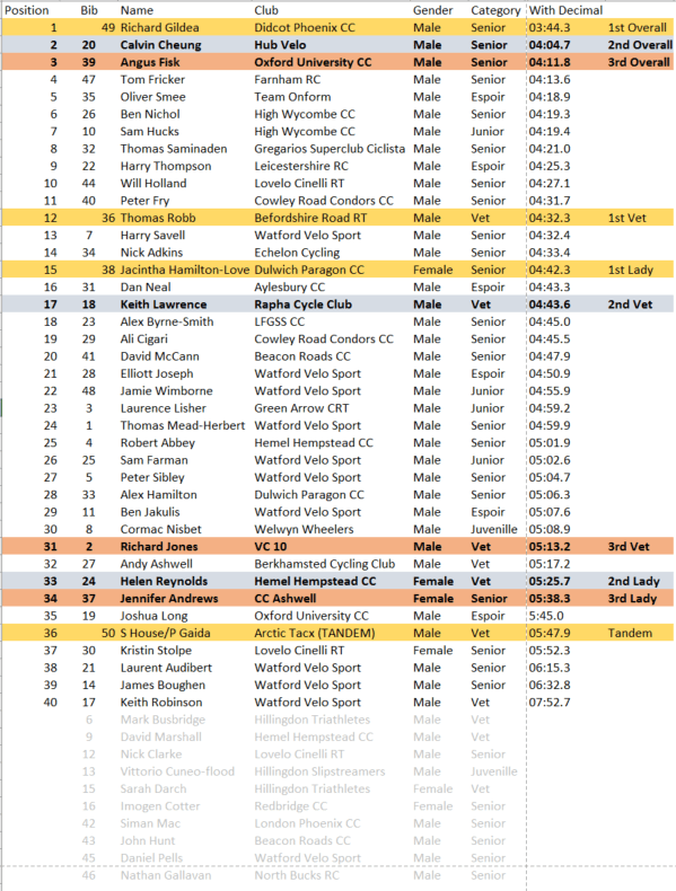 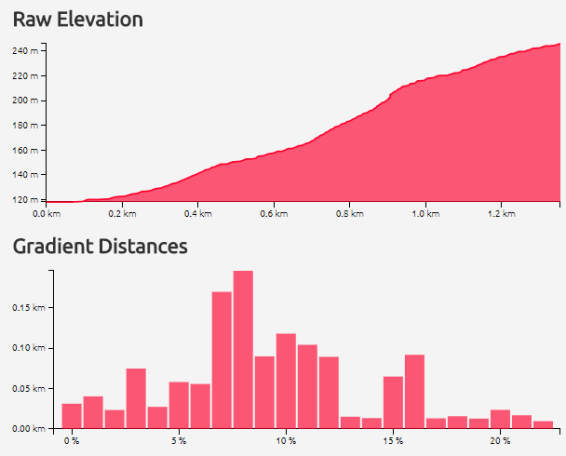 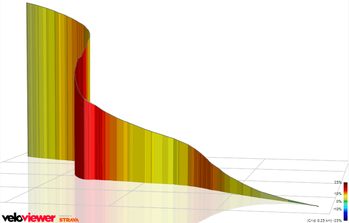